Net unemployment covers recipients of unemployment benefits, cash benefits and student grants who are job ready and not in job activation, converted into ‘unemployed persons in full-time equivalent’.

Gross unemployment covers net unemployment in addition to recipients of unemployment benefits, cash benefits and student grants who are job-ready and in job activation, including persons employed with wage subsidies, converted to full-time equivalent (FTE). 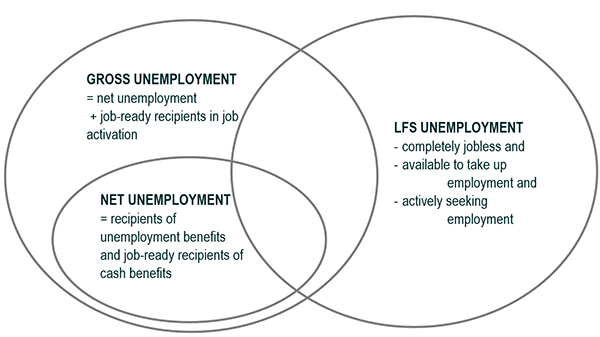 Get your own statistics in the Statbank about Net unemployed (AULAAR)

The Nordics during the first phases of COVID-19

This publication describes the Nordics during the first phases of COVID-19. The publication is the result of the Nordic Chief Statisticians' decision to publish a joint comparative analysis concerning the socioeconomic effects of COVID-19 in Denmark, Finland, Iceland, Norway, and Sweden.